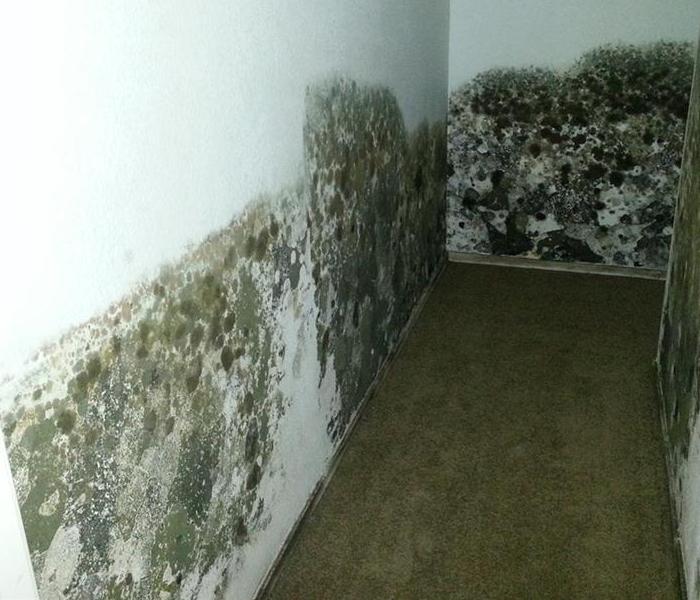 Is Stachybotrys—the Notorious Black Mold or Toxic Mold—Really That Bad?

Much media attention has been lavished on Stachybotrys chartarum (a.k.a.:atza). Headlines have screamed “Toxic Black Mold,” “Deadly Black Mold” with many variations on this theme. Is “Stachy” really that bad? Is it really toxic? Is it really deadly?

First off, Stachybotrys came to the public’s attention as a result of a very unusual condition, called Acute Idiopathic Pulmonary Hemorrhage (AIPH) or Pulmonary Hemosiderosis, which was seen in a group of 10 infants living in the Cleveland, OH area. One child died as a result. A preliminary study by the Centers for Disease Control (CDC) suggested that these cases were associated with major water damage to their homes within the 6 months prior to their illness and (not surprisingly) with increased levels of mold in their homes, including “Stachy.”

The question CDC posed (as a Hypothesis to be tested) was: “Were these cases caused by powerful, volatile mycotoxins produced by molds? As a result of their intensive investigation, CDC concluded that a) not all of the cases were properly diagnosed, b) blood tests did not show evidence of exposure to molds or to their waste products (mycotoxins), c) test methods and interpretations were not standardized, d) interpretation of the degree of water damage was not standardized and e) there were no criteria for distinguishing between the mere presence of mold and clinically meaningful exposure.

On top of these, the CDC reviewers also found a) the criteria for determining statistical significance was flawed, b) one of the investigators correctly figured out which of the houses being tested were controls and which were test homes. To be sure of getting “good data,” the investigator took twice as many samples in test homes as in control homes and used aggressive, non-standard methods, not used in the control homes, to generate an artificial environment which was then sampled, and c) that there was no difference in the Stachybotrys levels seen in water damaged houses compared to control houses.

The CDC finally completed their study and came to the following three conclusions: 1) The illnesses seen in Cleveland did not resemble historic accounts of either human or animal illness known to have been caused by Stachybotrys or related fungi. 1) Clusters of this condition have not been reported after other flood events where conditions would have favored the growth of Stachybotrys, and 3) A similar cluster of illness did not involve mold.

So, is “Stachy” really all that bad? Well, it certainly doesn’t seem to have caused the problems in Cleveland which gave Stachy such a bad rap. Is “Black Mold” a problem? Many molds have different colors at different stages of their growth. Stachy is not the only black colored mold. Is Stachy “toxic”? “Toxic Mold” is a phrase coined by the media. It has no scientific meaning. Molds produce waste products from their digestive processes. Some of these by-products are indeed toxic, but the molds that produced them aren’t, including Stachybotrys.

Molds are Nature’s garbage men and recyclers. Aside from the fact that we would have no bread (Brewer’s Yeast) or beer (Saccharomyces cerevesiae) or penicillin (Pencillium chrysogenum) or cheese (Penicillium camemberti P. roqueforti, et.al.). Imagine what would happen if we had no mold to breakdown dead leaves, dead branches, and dead trees? In a few short years, the world would be buried under dead leaves!

When a mold spore lands on a surface or object that is composed of organic material (wood, paper, orange rind, dirt or dust) that has enough moisture and is in an appropriate temperature range, the spore will “sprout” and begin growing and spreading.

Each individual mold cell secretes digestive enzymes that liquefy the “food” on which the mold cell is lying. Once digested, the “soup” can be absorbed back into the mold cell. There are two kinds of metabolites produced by mold: Primary and Secondary. Primary metabolites are used to provide the energy to drive chemical reactions that cause growth and reproduction. Secondary metabolites, also called mycotoxins are released into the immediate environment to give the mold a competitive edge or to protect itself. The classic example of this was the observation by Dr. Alexander Fleming that a petrie dish containing both Pencillium and bacteria had no bacteria growing in a band surrounding the mold colony. The sterile area had no bacteria because the mold was releasing a secondary metabolite which we called Penicillium, and still use today as an antibiotic to fight certain types of bacterial infection. Mold also produced Streptomycin, Lincomycin, Cephalosporins, Erythromycin and a variety of other antibiotics.

For more information on Stachybotrys see: